What I Made: The Canvas Shirt 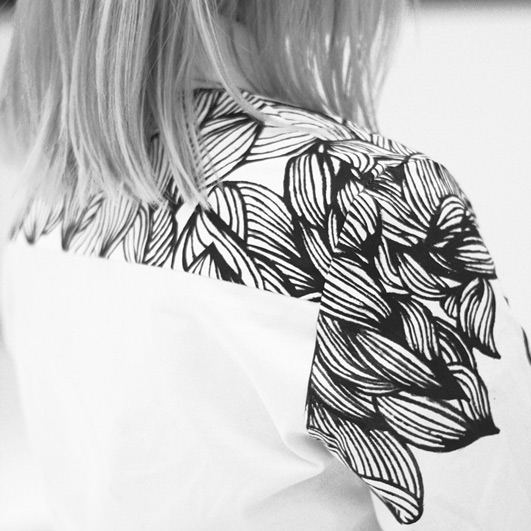 Another button frontshirt! This is from the same collection as The Boyfriend Shirt Dress. I made this shirt out of a light weight cotton twill fabric as opposed to actual canvas textile. This is my base pattern that I use to draft all my button front shirts. Again, I drafted this pattern with no darts and a single yoke panel across the back, a hidden button stand, and sleeve plackets. As for the choice in fabric, I would probably never use cotton twill to make another button front shirt again. Although it being a light weight cotton, it is still too thick for my liking and it doesn’t tuck in smoothly like cotton poplin.

I decided to name this the Canvas Shirt because of the print placement. The print was sketched up by a very talented London acquaintance, Mo. He draws up the most amazingly perverted, strange, and slightly morbid drawings that really intrigues me.  I get so lost in the thought and details he puts into his work.

As this was my first time fully experimenting with textile paints, I ended up doing this in the most time consuming way possible which was costly and inefficient to reproduce. I took Mo’s drawing and made a vector in Illustrator to prepare it for laser cutting. The first stencil I had cut was on a 3mm stencil board. Due to the thin lines and caked on paint, the stencil rendered useless after going over it a handful of times. The second stencil…well, wasn’t exactly a stencil. I decided to have it cut on 3mm acrylic which ended up being too thick and too stiff. Because I had already spent all of my laser cutting budget, I had to make the acrylic stencil work somehow. At the end, I rolled the paint onto the stencil and used it as a stamp. It made light outlines which I ended up tracing over with a paintbrush.

This was a real learning curve to know what not to do when producing stencils.

Author The House of Sew 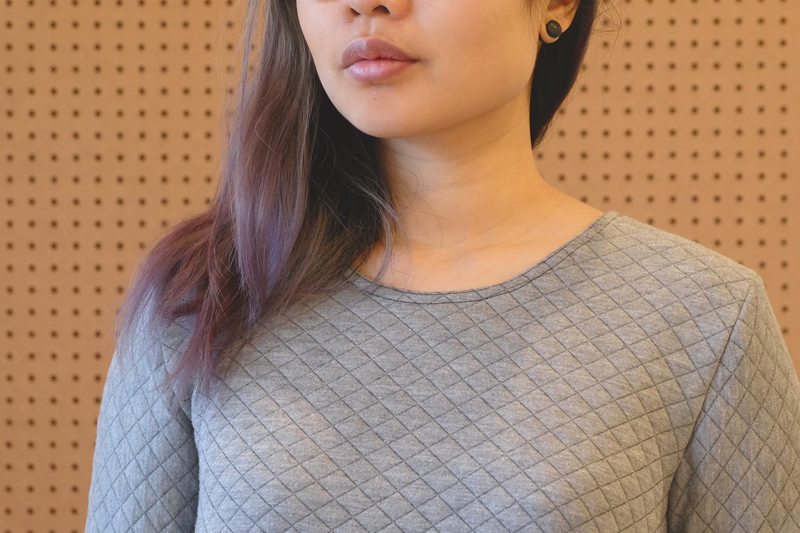 What I Made: Quilted Shift

What I Made: Upcycled Skirt

What I’ve Made: The Boyfriend Shirt Dress

No products in the basket.

Your wishlist is currently empty.